Home > Readers' Gallery > From Works on Paper to Works in Wool

From Works on Paper to Works in Wool 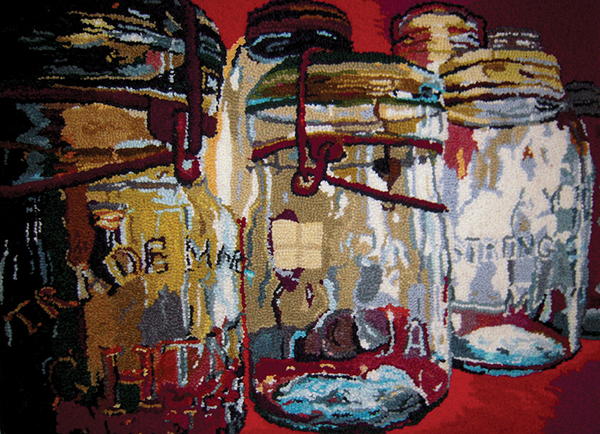 Carol Koerner’s work may be familiar to Rug Hooking magazine readers who’ve seen her hookings featured here as well as in Celebration. But who is she?

Since 1996, when she began to hook, Koerner has produced 46 hookings, including a series of still lifes and many pieces inspired by younger daughter Kiki’s involvement in ballet. The home she shares in Bethesda, Maryland, with husband, Jim, and shih tzu, Audrey, is filled with her work, including hooked pieces, floor cloths, trompe l’oeil, and sculptures that blend colored- and clear-glass bottles, bowls, and vases.

Koerner was interested in art from an early age. She grew up in Burlington, Vermont, where her father served as a guard at the General Electric plant where employees did soldering for airplane engines during World War II. She and the other neighborhood children improvised their own games and crafts. Koerner gravitated to “ringleader” and involved the younger children in handiwork and the children staged plays, such as The Little Prince.

“I had to make things,” she said, recalling a drive that’s been with her since at least third grade. “My father encouraged me to paint and draw.”

A longtime writer/editor based in Annapolis, Md., Leigh Glenn’s first story about hooking was for The (Allentown) Morning Call in January 1992 as people began to consider the medium an art form. Glenn writes about food, farming, and the arts, and enjoyshooking workshops with Roslyn Logsdon.

From Works on Paper to Works in Wool 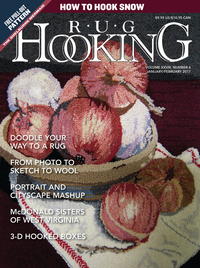 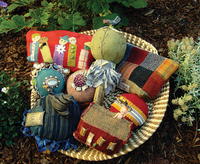 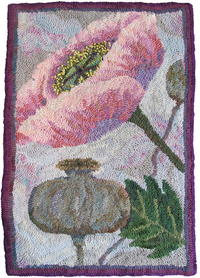 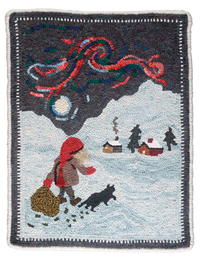