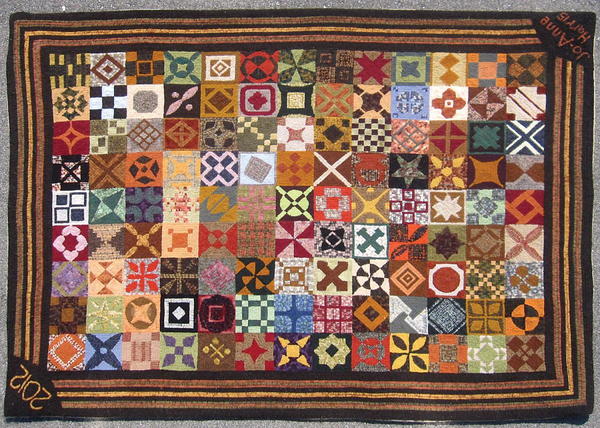 A year ago, a group of rug hookers from the Yahoo Rug Hooking Group challenged themselves to create rugs using the patterns from the quilt book Dear Jane by Brenda Papadakis. I coordinated this effort and set out to create a full-sized rug that was an exact replica of the Dear Jane Quilt. I bought the backing and drew out the squares. However, after getting my backing drawn, I realized some of the squares needed smaller cuts—and I only hook with a #8 cut. So, I scaled back the rug to 117 squares from the original 169. It’s still an impressively-sized rug at 4' 2" by 5' 9", and it’s certainly the largest I have ever undertaken.

I started out with a huge amount of enthusiasm and a plan to hook for a certain number of hours a week—but I soon fell behind. The fact that I had a year to finish allowed me to procrastinate. I also made a couple of mistakes in the beginning that made things harder. Initially, I intended to draw the pattern as I went along—hook one square, then draw the next. This had me constantly taking the rug off my frame and laying it out on the floor while I searched through the book for a suitable pattern. I soon realized it was probably best to draw the whole thing at once. Likewise with color planning: I didn’t plan out my colors, so each time I moved to a new square I had a series of questions I had to answer in order to get started. Having a plan in place, even just a general plan, would have saved me a lot of time.

This article is from the November/December 2012 issue. For more information on our issues, check out our issues page. 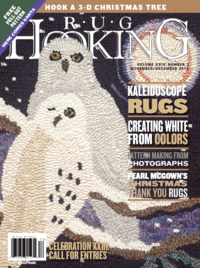 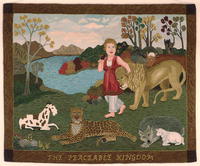 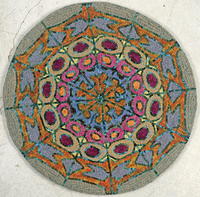 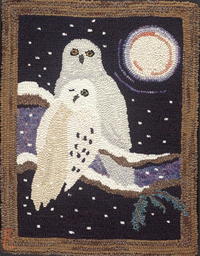