The Wise and Foolish Virgins 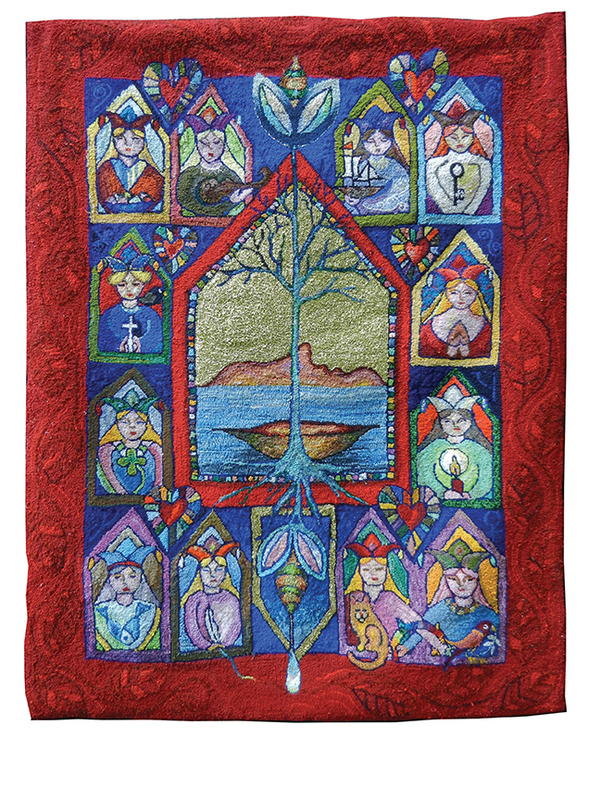 History has much to teach us, but it can also inspire us to create something new. Tapestry-making is a traditional art form that continues to the present day. It is also one which has a special place in the hearts of Norwegians. On even a cursory tour of the museums in Norway, the sheer number of tapestries on display and their richness and history stand out. I have spent many hours viewing these treasures and I am especially fond of one in particular: The Wise and the Foolish Virgins.

This theme is relatively common in Norwegian tapestries, dating as far back as the sixteenth century. As with many traditional tapestries, the design itself tells a story. In this case, the design is based on the parable about the 10 virgins who were awaiting the arrival of the bridegroom. Half of the virgins were prepared and had with them extra oil for the lamps they carried, in case his arrival was delayed; the other virgins had brought only their lamps. As we might expect, it wasn’t until after midnight that the bridegroom’s arrival was finally announced. The wait had been long enough that the virgins who did not have extra oil left to find more oil for their lamps. While they were gone, the bridegroom arrived and, greeted by five virgins with brightly glowing lamps, took them away to the marriage feast.

The idea of a design that tells a story and teaches appeals to me, and this specific story and design have inspired me. I have worked a rather traditional version of the design in wool, knitting several sweaters and wall-hangings. Then I began to draw and paint variations on the theme. Ultimately, it was my painting that served as the template for the hooked rug version. 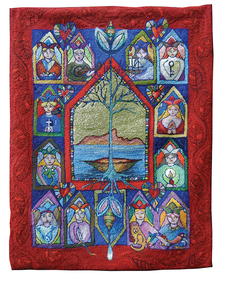 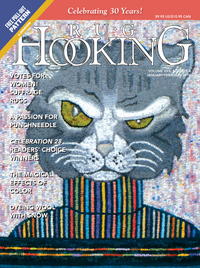 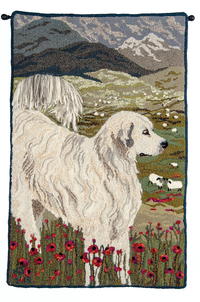 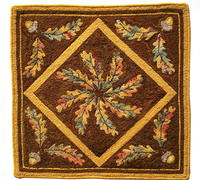 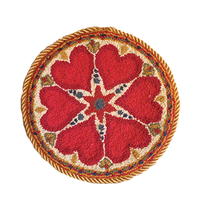 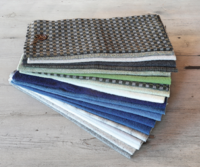