By: Rita Jenkins and Marian Specter

In 1783, more than 10,000 settlers loyal to the British Crown arrived in Shelburne, Nova Scotia, Canada, after fleeing the disastrous consequences of the American Revolutionary War. Called "Loyalists," their numbers included farmers, dance masters, lawyers, indentured servants, and slaves; about one-third were Black Loyalists. They helped to plan and build the town of Shelburne and made the settlement one of the largest communities in North America.

Now, 225 years later, the Rug Hookers of Shelburne County decided to help celebrate the country's history by hooking mats similar in form but rug hooker's choice in subject. By July 2008, more than 30 mats had been submitted for the first showing of the exhibit, Shelburne County Then and Now. Each piece measures 12 x 14, is framed with a similar wool border and accompanied by a description submitted by the rug maker.

This traveling show has visited several Nova Scotia communities, and when it is over, many of the mats will be donated to museums or given to friends.

This article is from the January/February 2010 issue. For more information on our issues, check out our issues page. 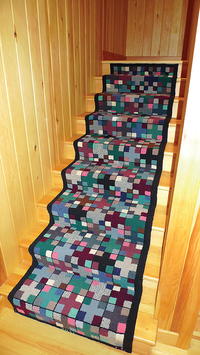 The Summer of the Stair Runner 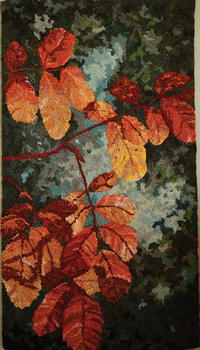 What Grows in the Ditch 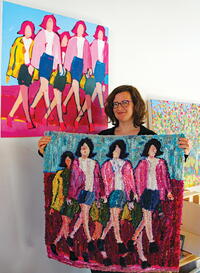 Fit for a President 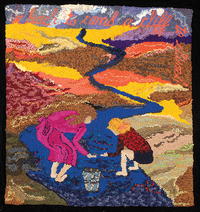