Loop by loop, we make something lovely

From the early days of my rug hooking I have been romanced by its simplicity. I started hooking rugs as a purist. I gathered burlap bags from coffee and lentils at the Lebanese food store in Halifax. I used only recycled wool. I had one single hook. I sewed my black binding around the edges with a Singer treadle sewing machine. Everything I did was the way my grandmother would have done it. This lasted for about five years. I started out like this because at the time I was learning and, truthfully, I had very little extra cash as we were settling into our first (and only) home. Most of our money went for the basics such as new windows.

It was not just about money though; it was about the challenge of finding and gathering fabrics and maintaining the family tradition. My mother told me stories of the mats she made as a child. My father described the rugs his mother made in the kitchen of their home in Paradise, Placentia Bay, Newfoundland.

I left my Newfoundland home unwillingly as a teenager when my parents relocated to Nova Scotia, so connecting with the stories of my family’s past became really important. I loved that I was doing the same craft as both my grandmothers, that my own mother had hooked as a child. It connected me to my Newfoundland roots and my family history. It was as simple as that in the beginning, and in many ways it remains that simple, twenty-five years later.

This article is from the March/April/May 2015 issue. For more information on our issues, check out our issues page. 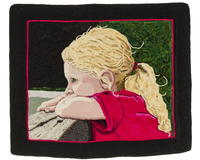 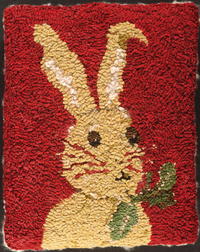